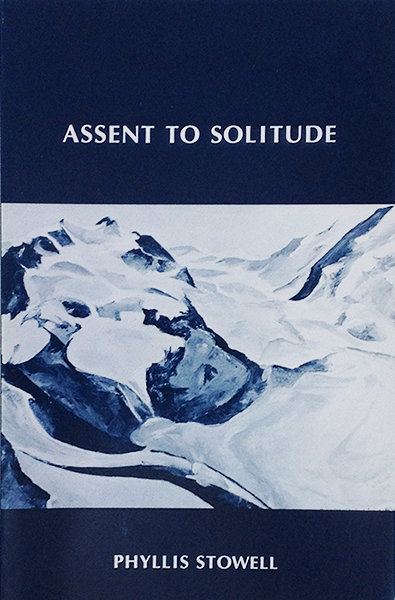 Phyllis Stowell dares to let the darkness in and sometimes makes it shine, sometimes only pulls the reader down into a world of myth and dream where illumination comes from being struck as by an arrow point by the image.  She takes free verse as far as it can go, and farther than many of the poems I see.  She is never confessional, never self-pitying, so in the end these poems communicate a rather contained and secret courage, the courage of facing things as they are.

The plane
Nosed downward, accelerating
Its weight in the wheel, a long ton
In a glide of the delta, the sound
Of murderous quiet over fields
Waterbed green in winter,
A single tree, an untraveled road. The sun
A blindness in the windshield and the pure air
Impossible to determine until we drift off course
Too low to circle
At that moment before I accepted
Command of descent, and knowledge
Of this ship as it stalls
Over chosen ground.

You come with your dreams and I tell you
We wander in dramas of the night
So you stand in a molten crater
Watching your skin melt, or struggle
In the shadow with an unseen thief
Or you are flung backward, helpless,
Carried by crowds who lemming-like
Race toward the sea, and I tell you
Of warnings that flicker and fail
Like far-off lightning whose light
Is darkness.